A few years back I sang with a local country Gospel group, “Cats from Every Alley.”  We visited nursing homes, hospitals and churches and would sing for practically any one who would listen.  One of my solo specialties was a song called “Suppertime,” sung also by other notables as Merle Haggard and Johnny Cash.  It wistfully told about a mother calling her child to come home because it was suppertime.

There was a spoken part while the music continued in the background as in so many country ballads.  The words were meant to stir feelings. It goes like this:

Some of the fondest memories of my childhood 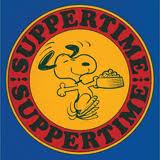 Were woven around suppertime,

When my mother used to call me from the back steps

Ah, gee, but I’d like to hear that again.

Wouldn’t we all remembering Mom or Dad calling us?

Obviously, the younger brother didn’t much care for farming.  He’d crunched some numbers and figured that by collecting his inheritance up front, he could be his own boss and do what he pleased.  So that’s what he did.

According to Jewish custom, he asked to receive an inheritance that amounted to one third of his father’s possessions.  Normally the division of a father’s property was determined during his lifetime, but the sons did not actually receive their inheritances until he died.  Some heirs like this younger son petitioned to get their portion earlier.  But any son granted such a privilege had to renounce all future claims on that estate.

His father knew what kind of person his son was because he didn’t ask him to stay or change the terms of his will.  He just converted his son’s portion of the inheritance to cash and handed it over. This father was to be admired for the freedom he gave his son, even though he might not have agreed with him.

We know the story. The wasteful son ran off to a far country, to a life of “riotous living” as the King James Version of the Bible puts it.  In other words, he went to Vegas and maxed out his credit card.  He had started out with a large inheritance because his father was a wealthy landowner.  Under any other circumstances the money could have lasted a lifetime.  But each day he squandered more and more on parties and fast living.  Then, one day, his inheritance was all gone.

Now rather than living “high on the hog,” he was forced to slop the hogs, moving symbolically the bottom rung of the Jewish social ladder — pigs were considered to be the most ritually unclean creatures.  So things couldn’t have gotten much worse.  But finally he realized that he could go home.  No doubt a loving father like his must have said to him before he left home: “Remember, if you get in any trouble you can always come home. There will always be a place for you here.” So he could still return home and decided that’s what he would do, even if he had to crawl on his knees and ask for forgiveness, offering to become a servant.  So he fled the pigpen for the safety of home. And when his Dad saw him coming, he ran to greet him.

His older brother wasn’t happy about this and grumbled as soon as he saw what was going on.  He worked himself up into a stupendous sulk.  Even when his father came outside to invite him in, he refused.  He was angry.

After all, for years he had been the stoic older brother, while all the attention was showered on the

baby of the family.  He had stayed home and been the dutiful son, looking after the farm, managing the affairs of his father’s estate.  As he saw it justice and fairness were being thrown out the window.  But maybe he envied his brother.  Maybe he secretly wanted to chunk all his responsibilities and go out and waste his life (at least for a little while) on riotous living too.

Maybe the older brother was afraid that he would have to give up some of his portion of the inheritance he been carefully saving.  But his father explained to him, “You already own everything I have.  Your brother will get no more money.  But look at the uniqueness of what’s happened.  I thought your brother was dead, gone for good.  But here he is.  He’s alive!  Can’t you understand that?  He’s alive. We have to celebrate.”

These verses are not simply about one man’s rebellion and another’s unforgiving spirit.  They are about a father’s love for a lost child.  Granted, that child was lost through his own choices.  But then, which one of us has not made stupid, prodigal choices in our lives?  We’ve all done things that have left us feeling empty and alone.  We have all done things we’re not proud of.

Sometimes we’ve wasted our spiritual inheritance, and then we’re sorry – really sorry.  But it’s when we’re at our lowest point that we understand the God’s healing message for the first time. Accepting it leads us back to the front porch to be with our Father.

Then we can experience the wonders of God’s mighty love.  Imaging God running to us, not even waiting for us to come through the gate.  God doesn’t wait for our rehearsed speech of repentance.  God lifts us to our feet and throws a robe around us.  God holds us close and smiles with a smile that threatens to split his face in two.  God throws His head back and laughs because the missing Son has returned. We feel the warmth of his embrace that welcomes, forgives and loves us.

And the minute we hear God’s joyous laughter and see the love in His eyes, the minute we feel His warm hand on our shoulder welcoming us back, we can once again see Him as Our Father, who fills the emptiness of our lives.  He will forgive us and welcome us.

The story of the Prodigal Son is really about our Heavenly Father’s love, mercy and grace.  If you’ve never experienced that, then today .  .  . this week .  .  . is the time.  If you feel like you’re lost or empty, and you’re separated from God.  If you have wasted your inheritance and you’re dying of spiritual hunger, and then know this: God is waiting.  Today God stepped out onto the front porch and looked down the path leading to His door and called to you at least a hundred times.  He did the same thing yesterday, and He’ll do the same thing 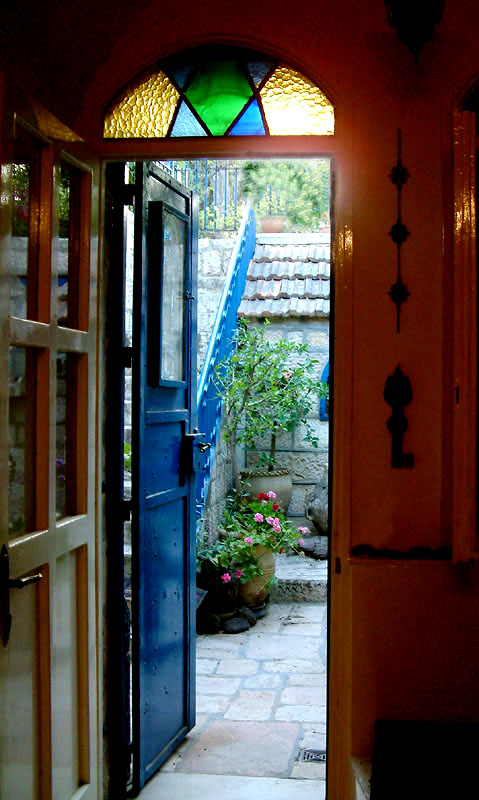 What is God looking for?  He’s looking for us.  God is waiting for us to return home.  He has the celebration all planned. The calf is being fattened as we speak.  God has put out a banquet of love, mercy and grace – more than you or I could ever digest in one hundred lifetimes.

The final words of the ballad, “Suppertime,” echo this:
But you know, for me time has woven the realization
Of a truth that’s even more thrilling

To come home, for it’s suppertime,

When all of God’s children shall gather ‘round
The table with the Lord himself
At the greatest suppertime of them all.

My Christ bless this interpretation of his holy Word.