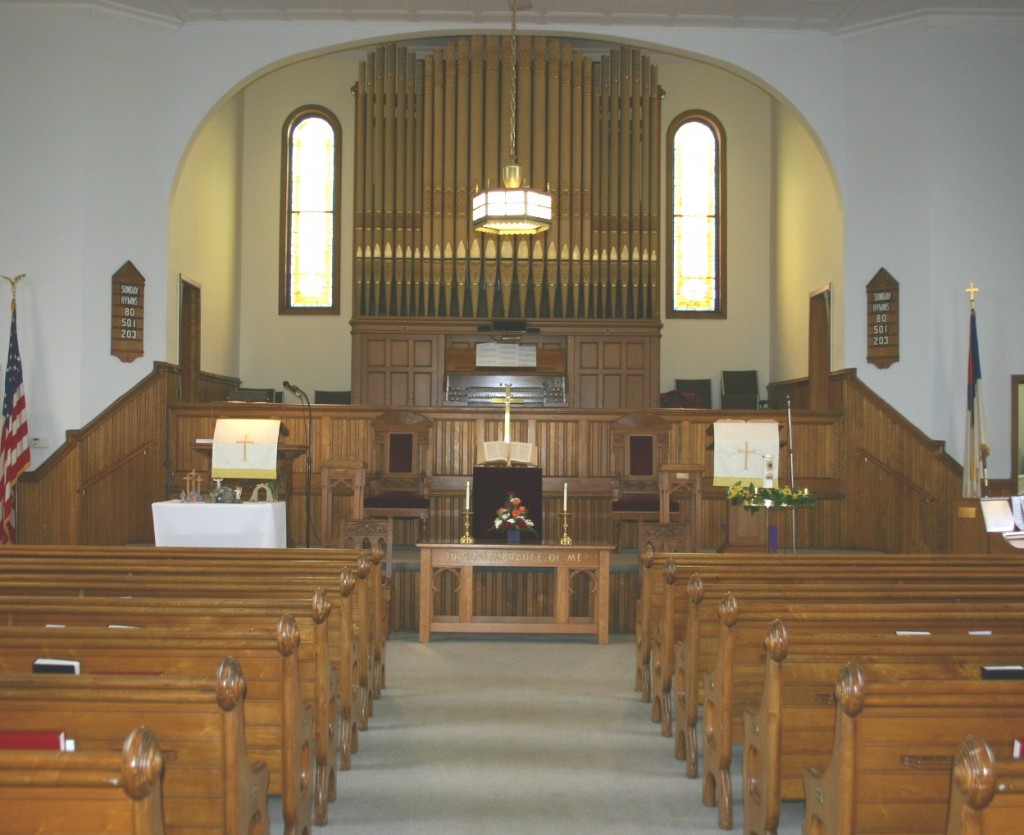 Congregational churches in Connecticut have suffered a decline in membership over the past ten years at a rate of about 5% per year.  I’m sure that you all can remember when these pews were filled with special seating perhaps being required for Christmas and Easter.  If it’s any comfort, we are not alone in this erosion of membership.  All main line Protestant denominations are experiencing the same trend, some worse than others.

We have been declining because the United Church of Christ nationally and in Connecticut is socially-concerned. It’s out front on tough social issues like peace, human rights, labor issues, justice in the Third World and rights for gay, lesbian and transgender persons. That can anger some of the more conservative of us, even though none of us are bound to personally adhere to these positions whether our churches promote them or not. Even so, that has been one reason why we have declined. We are theologically sophisticated and socially progressive.

But there is now another piece of the demographic. Society has changed so much that the church is no longer the place to meet social needs as it once was. Generations subsequent to ours (that includes baby-boomers) are not joiners. They are already connected all the time with email, face book and the like. There’s even “FourSquare” app one the Iphone that enables a person to say where they are and send out that location to friends so they can meet you there. Times change.

A few years ago I attended an Interim Ministry Network Conference in Orange, California. Orange was the home of Robert Schuler’s Crystal Cathedral. On my on Sunday, I decided to attend services having watched his program from my living room only occasionally. I had a preconceived opinion that was not very theologically sophisticated. From the start I was suspicious of Robert who smiled all the time. When I learned Mrs. Schuler rewrote many of the hymns to take out any depressing references to sin, suffering or guilt, I questioned theologically what they were about.

But when I entered, the Cathedral, which was a beautiful experience, I was greeting warmly by a genuinely wonderful church member who inquired about me and my visit to town. Everybody was upbeat and extremely attractive.  Before service, Robert himself walked through the congregation and found me. He knew my name, and asked questions about what I had shared with the greeter. I was impressed.

When the organ played the huge fountain in the middle of the sanctuary danced, keeping beat with the music.  A children’s sermon was given about how good it was to be an American, delivered by a mouse puppet.  The church was full and so was the parking lot. Maybe a California phenomenon, some people didn’t want to leave their cars. A big screen was provided. Hospitality of another sort. This was a different, unique Gospel that touched me.

I had another similar experience as Executive Director for the Open Hearth. I was to be a speaker at a fundamental, independent Christian church in Springfield, MA to accept a $2,000 check for our drug program.  The money was raised by collecting roadside trash and soliciting pledges for each mile that was collected.  This church had grown in one year from meeting in a senior center to renting a ballroom in the Sheraton hotel. The worship was enthusiastic and emotional, and the sermon was 90 minutes long focusing on the sins of the world.  There were public testimonies by church members about what the Lord had done in their lives… how they had been saved. What was most impressive was the age of the congregation – all individuals in their twenties and thirties. After worship there was a catered lunch and small group study. All day was spent at church.  Every one studied the Bible and had their Bibles with them.

In my all my interim pastorates or visits as supply minister to congregations for thirty-eight years of ministry to “theologically sophisticated, socially concerned churches,” have never before or since I had never seen so many young adults in one place, yet alone studying and reading Bibles.

There are so many varieties of Christian experience. Those at Springfield Christian Church, the former Crystal Cathedral and so many others do church differently than we do it here at BBCC. Yet each in its own way is effective ministry.

“Teacher, we saw a man who was driving out demons in your name, and we told him to stop,

because he doesn’t belong to our group.”

But Jesus said, “Do not try to stop him because no one who performs a miracle in my name will be able soon afterward to say evil things about me.  For whoever is not against us is for us.”

This exchange between his disciples and Jesus is a bit ironic, since in verses shortly before it this morning’s reading, the disciples were unable to exorcise the unclean spirit from a young boy.  Tried to heal, but failed.  Then this unknown, unapproved exorcist shows up and heals people.

They criticize this unknown exorcist for doing what they have failed to do, namely, cure somebody.  They knew the right words. They had watched Jesus do it a hundred times.  But when it came to their turn to heal, they failed.  So when they discovered this non-credentialed exorcist out there casting out demons in Jesus’ name, they ran to Jesus to tell him about it.

Why is it that when we fail at something we find ourselves critical of those who have succeeded?

Bill Eassum wrote a book, “Dancing with Dinosaurs,” that warns churches whose membership is declining have much in common with dinosaurs.  Both have great heritages.  Both require enormous amounts of food.  Both influenced their world tremendously.  And both became endangered species.  Will we, like the dinosaurs, become extinct?

No one knows scientifically why the dinosaurs became extinct. Let’s imagine this picture in our mind.  Once there was tremendously high vegetation.  This was the food available.  But over time, perhaps to protect its own self from extinction, the plant growth grew lower to the ground by the dinosaur’s tremendous appetite.

Lots of churches have the same problem.  Like the dinosaur they have a huge appetite.  Much of their time, energy and money are spent looking for food; too little time is left to feed the unchurched.  Faced with a radically changing world, many are unwilling to feed where they have never fed before.  Either pride or their lack of vision keeps them from changing the way they minister to people.  They are running out of food.  White, middle class, Protestant members are declining as the world becomes culturally and racially more diverse and unchurched.

All around us are unchurched, hurting people. Our food is everywhere.  But many refuse to change their methods and structures to minister to people where they are in ways they can understand.  Like the dinosaur, their necks may be too stiff or their eyes too near sighted.

God doesn’t care if these congregations survive; but God passionately cares if they meet the spiritual need of those that God sends their way.

Today’s Gospel lesson of Jesus’ rebuke of his disciples’ because they for condemned the exorcist suggests that God’s understands what is acceptable better than we do.  But is it may be possible that there is room enough to go beyond theology, politics, structure, history and social positions of even our own UCC congregational churches. It is even possible that Jesus’ work may take place even beyond those who confess his name.

And here we are, the chosen few.  For whatever reason we found our way here today and know how to follow a sophisticated service like this one, knowing when to stand up and sit down on cue, singing music that was popular one or two hundred years ago. Do you think that Jesus goodness is just limited to us?

If we answer yes to some of the questions posed this morning, then it’s time to make a greater effort to notice and include those for whom Christ’s church was given.  It includes and goes beyond those here.  This will be our food.  This will be our survival.

BBCC is a church in transition. We can make this a priority.