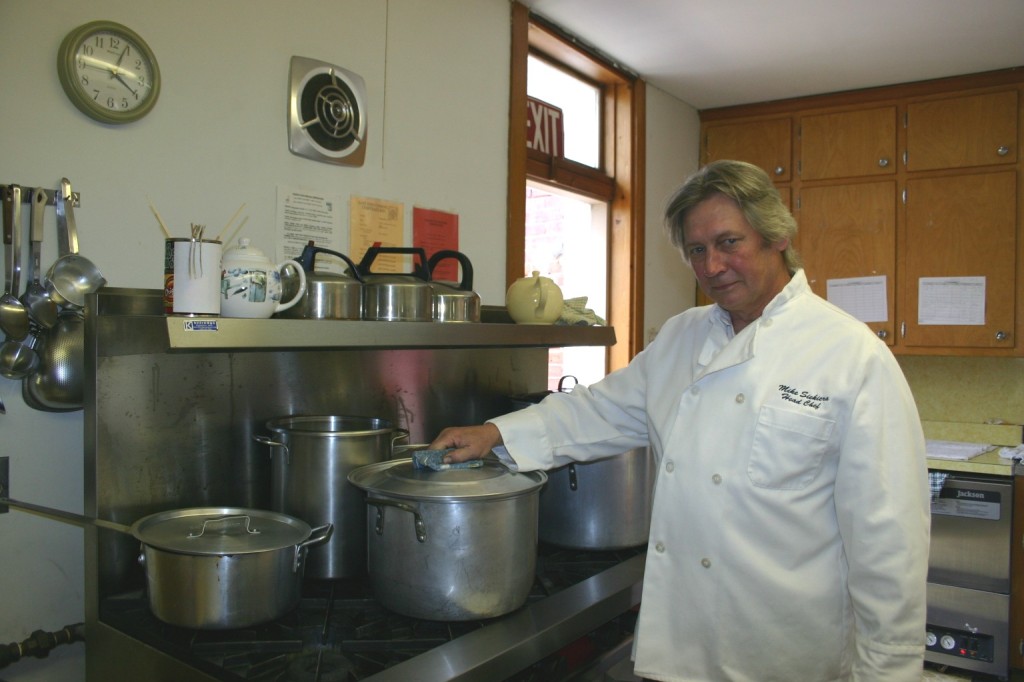 Mike Siekiera was born and raised in Rhode Island.  He grew up in Warwick with two sisters and a brother.  His father was Polish and his mother Irish.

Mike entered the Air Force after he graduated from high school where he learned aircraft mechanics.  He went to Spartan Aeronautics School in Tulsa, Oklahoma to get his A & P (Airframe & Powrerplant) License to work on aircraft. He was hired by Delta Airlines 1981 in Atlanta, GA where he and his wife lived for seven years before transferring to Connecticut.  He has worked for Delta for thirty-one years.

Mike developed interest in culinary arts in high school.  His first cooking experience was as a teenage volunteer at boy scout camp as assistant chef.  His second experience was when he worked in a hospital kitchen where his mother was head nurse in pediatrics.  At BBCC, he started cooking as an assistant to a former member and friend, Brian Chisholm, then with another former member, Nancy Fisher.  Now Mike is “Head Chef” at BBCC.  He and his wife Debbie are a team when it comes to planning the church suppers, but Mike does all the cooking.

Mike fixes everything in his house and does a lot of the repairs at the church.  His many hobbies include:  woodworking, chair-caning, gardening, fishing (he’s a member of BB Angling Club), Soduko puzzles and reading (he devours books, loves his kindle!).  One of his favorite singers is Willie Nelson and he likes classic rock and bluegrass music.

He and his wife, Debbie, have been married since 1982. They are both very active church members.  They are both motorcyclists.  They have two daughters, one son, two grandsons and a 167 lb Newfoundland named Floyd whom they take for swims in the Connecticut River.