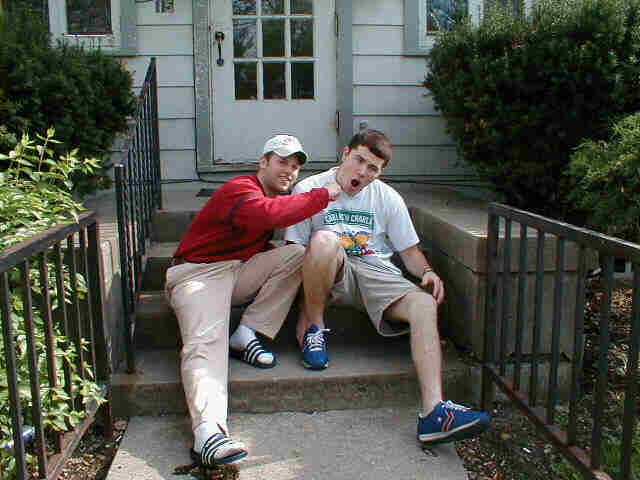 Darrell Loomis was a truck driver. Each week he hauled goods from Cincinnati to Atlanta. Joe’s Diner was his favorite eating spot on the route. Darrell always stopped for meals at Joe’s. One summer afternoon, Darrell parked his truck and walked into the diner. He sat down in his favorite seat at the counter, and he ordered his usual—hot meat loaf sandwich, mashed potatoes, and iced tea. In the distance came a roar, followed by the arrival into the parking lot of twelve members of a motorcycle gang, riding Harley-Davidson’s. These were fine bikes, were a sight to see as the gang parked them next to Darrell’s truck.
As the gang stomped into the diner, one of them immediately spotted Darrell. “Well, who is this little sissy at the counter?” he sneered. Darrell merely remained silent and continued eating his lunch. But the cyclists formed a semicircle around Darrell and started snapping their fingers in rhythmic cadence. Darrell just sat and ate his lunch. One of the gang members picked up Darrell’s iced tea and poured it over his head. The others watched, still snapping their fingers in unison. With his napkin Darrell quietly dried his face, but said nothing. Another gang member picked up Darrell’s mashed potatoes and stuck a handful into Darrell’s ear, wiping his hand on Darrell’s back. Darrell remained calm and didn’t respond. He simply continued to eat his lunch.

Even though the gang continued to harass Darrell, he never responded to any of it. Even when Darrell finished his lunch, he stood up, turned to Joe, and silently paid his bill and left the diner without saying a word.
The leader of the gang laughed and said to Joe, “What a wimp! That guy sure ain’t much of a man!” Joe, looking out the window of the diner said, “No, and he ain’t much of a driver either. He just ran over twelve Harleys.”
Bullying is nothing new. It is the intentional and repeated victimization of others with words acts or other behaviors, such as name-calling, threatening or shunning by one or more individuals against another. These negative acts are not intentionally provoked by the victims. People who are bullied perceive power exists over them. Bullying can be physical, verbal, emotional or sexual and can happen at any age.

By show of hands,

Why I am bringing up this subject is that the UCC at its 29th General Synod last month that I attended in Long Beach, California passed a resolution that would create policies and programs for local churches, communities, parents, teachers and staff that would foster positive environments free from harassment, bullying and discrimination. Everyone, especially our children, should have the right to achieve success in their homes, classroom, churches an in all other activities. It is estimated that one in three children are involved in bullying as victims, perpetrators or both. That’s 5.7 million in 2011.

While the denomination pledged resources to aid congregations on all levels, each one who attended was challenged to speak up whenever we observed bullying by the resourcing of The Scarf Project. Over 10,000 scarves like the ones you see here on the communion table were distributed to the 3,000 Synod attendees to symbolically proclaim the end to bullying violence in our schools, workplaces, families and even our churches. We signed a pledge that we would do out part, and this morning’s sermon is one way that I am trying to help.

When I asked your experiences with bullying, many of us were or are in the same boat when it comes to bullying, and being made fun of. Many of us have been the butt of jokes, and some of us have actually been the creator of those jokes. It’s plain to see that “sticks and stones didn’t break your bones,” but words often hurt more than we think.

So, how do we deal with being teased, made fun of, bullied, and picked on?

1. Recognize it’s not your fault. If you are being bullied or picked on, and you know that you haven’t offended someone, then it’s NOT your fault. Bullies and teasers tend to tease for a few reasons:
a. They are trying to get attention, either from you, or others.
b. They are trying to make themselves feel better.
c. They are trying to gain control over others.
There are lots of other reasons why people may pick on others, but if you understand that it’s not your fault, you can then begin to tell yourself who God says you are. Just because someone picks on you and says that you are this or that, or you’re no good at something, that doesn’t mean that it’s true. The Bible says in Psalms 139:14 that you are “fearfully and wonderfully made.” God has tons of good things to say about you. Things that you can believe and know are true.

2. Believe what God says about you, not what bullies do.
If you start believing the lies of someone who picks on you, then the tendency will be to walk around defeated and depressed. If you’ve been picked on your whole life, then you’ve got to start disregarding what people have been saying and believe what God has been saying. You need to get into His word. Open His love letter to you, and understand and know what he says you are. When you start believing what God says, you will walk around in confidence, and it will make it much easier to deal with what others say.

The final thing is to do is:

3. Ignore It.
If you start paying attention to the one who picks on you, and reacting, then you’re letting them win. Don’t show a reaction. Don’t give them the satisfaction of knowing that it has affected you, and possibly they’ll stop.

Now, if it’s a friend, there’s a couple ways you can deal with it.
1. Laugh it off.
I have butterfingers when I play softball. I’m a good hitter, but the ball goes right by. When I played with a group in Hartford, every time I missed a fly in the farthest right field I could be placed, I’d still get ragged. But the I’d drive in the run, and it was OK. When someone would groan about the missed fly ball Id say “any further in right field and I’ll be sitting in my car then what good would I be.”  I laugh it off or jab back.
2. Confront them.
If there’s a pattern in your friendship, and your friend is always criticizing you or cutting you down, then you’ve got to be a good friend to them and let them know that it bothers you, and you might even be able to cause a change in the pattern of their behavior. Now, it might not seem that easy to deal with bullies, and usually it’s not. If it’s serious, then you need to get your parents involved, or your teachers, and even your principal.

But what about people who are the bullies, or the teasers? Most of the time, the problem is within them. Jesus had to deal with people who were constantly saying the wrong things. Matthew 12:33-37 says, “Make a tree good and its fruit will be good, or make a tree bad and its fruit will be bad, for a tree is recognized by its fruit. 34 You brood of vipers, how can you who are evil say anything good? For out of the overflow of the heart, the mouth speaks.35 The good man brings good things out of the good stored up in him, and the evil man brings evil things out of the evil stored up in him. 36 But I tell you that men will have to give account on the Day of Judgment for every careless word they have spoken. 37 For by your words you will be acquitted, and by your words you will be condemned.”

Jesus is speaking to the Pharisees here. These were the religious leaders of the time, and they continually focused on observing the law, and paid no attention to Jesus. In fact, they didn’t like

him, and they were always trying to find ways to catch him messing up. So he’s talking to them in this story. Make a tree good, and it will produce good fruit. This is the same way with us. We are that tree, and if a tree produces bad fruit, it’s recognized as being a bad tree. Likewise, if we are constantly saying hurtful things or making fun of people, then it reveals more about who we are. Those words are “our fruit.” The truth is that what you say about someone reveals more about who you are than it does about them. Your words reveal your character. So, in essence, whatever it is that is in your heart is what you speak about, or from.

So if there are good things and kind things in your heart, then you will be kind to others. If there are awful things in there, then you’ll be one of those people who is always saying hurtful things and degrading things about people.
Recognize that words hurt, and people who tease and make fun, and bully hurt others, and those hurts last a lifetime. We’ve got to deal with them effectively. We do this by recognizing it’s not our fault, by choosing to believe what God says, and by ignoring the teasers. And if it’s our friends, then laugh it off, or confront it.

Now, if you are the bully, or the teaser, then you’ve got to deal with the evil that’s inside of you. The evil that has made you what you are. If that’s you, then you may need a new heart.

So, here’s an invitation. If you’ve been teased or bullied, then God offer you healing this morning. He proclaims who you are. If you believe that in your heart then say after me: 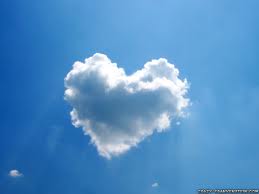 I am God’s child. I am loved. God has accepted me. His peace guards my heart and life. I am healed, and I am new.

If you’re the one who tends to bully and tease, then you’re in need of forgiveness. If there’s someone you need to say I’m sorry to, then do it before the week is over. Know God is ready to offer you forgiveness, and the ability to change.  If you just take the time to ask, God will give you a new heart. So, let’s just take some silence here for you to do business with God or to meditate on the business we need to do with each other.

Ezekiel 36:26 says, “I will give you a new heart and put a new spirit in you; I will remove from you your heart of stone and give you a heart of flesh. May it be so in all our lives.

Good morning and God bless you.