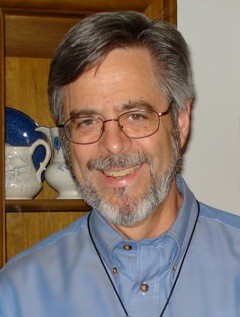 Michael J. Ader, our new Transitional Pastor, is a United Church of Christ minister who most recently served as the Interim Pastor of the First Congregational Church of Woodstock. During his career as Professional Interim Specialist he served UCC congregations in Ledyard, West Hartford (Flagg Rd.), Willington, Taftville, Talcottville, Plainfield and Central Village.  Mike is certified by the national Interim Ministry Network.

He served as a pastor in Vermont and Rhode Island before coming to Connecticut where he was a Chaplain and Pastoral Counselor at Hartford Hospital. It was through these ministries, counseling seniors and families, that he understood the depth of stress-related problems due to aging and illness.  Realizing something more was needed, he founded Elderlink, Inc. and created health claim and daily money management programs for people who could no longer manage these tasks for themselves.  Through his interdenominational leadership, statewide interfaith networks on aging to promote independent living were created.

Mike has authored two books. The first, Pathways to Eldercare, was a directory of consumer resources and products for seniors and their families in Connecticut, New York and New Jersey. His second book is Understanding Medicare HMO’s.  These books were distributed through corporate benefit programs and the insurance industry.

Mike also developed the CT Coalition to End Homelessness and served as lobbyist and director of the Connecticut Interfaith Housing and Human Services Corp. He was named to two Governor’s Task Forces on Homelessness.  Later he became the Executive Director of the Open Hearth Association in Hartford, Connecticut’s oldest men’s homeless shelter and rehabilitation facility.

Mike lives in Coventry with his wife, Andrea, of 43 years.  He grew up outside of Pittsburgh in Homestead Park, PA and attended Duquesne University, majoring in English Literature and Philosophy. He taught secondary English and Social Studies in Bennington, VT before attending Pittsburgh Theological Seminary, specializing in Christian Education. He loves to travel in Europe, make wine, plant and weed the flower garden and romp with his three English Setters, Daniel, Thomas and Jenny who were rescued from area shelters. He may be reached at (860) 377-8752 (cell) or (860) 742-5234. His email address is revmja@yahoo.com.

He describes his work as a “ministry in the middle.” He is challenged by the links between a congregation’s past and its present as they blend to create a dynamic, spirit-filled future.