Meet Us – Dr. James Clark, Our Minister of Music 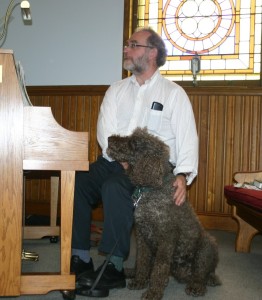 Broad Brook Congregational Church is fortunate to have Dr. James Clark as the Minister of Music.  Jim is a multi-instrumentalist and plays piano, organ and drums.  He has played drums for almost 50 years and is a former state champion competition drummer.  He has a BA in History from Central CT State University, a Master of Arts in Liberal Studies from Wesleyan, a Master of Arts in Music History from the New England Conservatory, and a PhD in Music History and Theory from UConn. He is president of the Connecticut Valley Field Music, which is a band that plays traditional fife and drum music.  They have performed in Europe, throughout New England and also had the pleasure of performing at BBCC for the inauguration of the Memorial Garden.  Jim teaches music lessons privately and is an adjunct professor at the University of New Haven.

Dr. Clark is also a music historian and can speak authoritatively about many different artists from the past and the history and development of music over time.

His poodle KoKo is brother to Magdalena, an Egyptian Mau. His hobbies, along with studying German and history, are collecting drums, books and playing tennis.

Jim has published a book, “Connecticut’s Fife and Drum Tradition” which is available on Amazon.com or by sending an email to JimClark@CVFM.us.  Here is a summary: 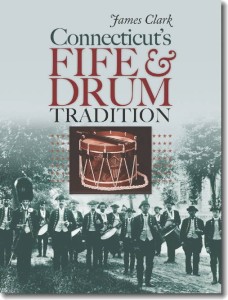 The state of Connecticut boasts an extensive and active community of fife and drum groups. This musical tradition has its origins in the small military bands maintained by standing armies in Britain and Europe in the seventeenth and eighteenth centuries–the drum was especially important as it helped officers train soldiers how to march, and was also used to communicate with troops across battlefields. Today fifers and drummers gather at conventions called “musters,” which may include a parade and concerts featuring the various participating corps. Musician and historian Dr. James Clark is the first to detail the colorful history of this unique music. This engaging book leads the reader through the history of the individual instruments and tells the story of this classic folk tradition through anecdotes, biographies, photographs, and musical examples.