Another Kind of Love Song

Isaiah 5: 1-; Luke 12: 49-56
(Play tape of Unchained Melody) This is one of my favorite love songs. It’s the Righteous Brothers version of the “Unchained Melody.” It was my slow dance favorites  during my dating years and most recently more recently was used in the film, Ghost. It’s a special song for Andrea and me. Maybe you have a special song for someone you love.
Today’s Isaiah Scripture is also a love song about an omnipotent, all-knowing God who has a surprising vulnerability to heartbreak.
No one has ever described God like this before Isaiah did. He’s like a minstrel strolling through town. “I will sing a song for my beloved concerning his vineyard.” Think about it. God calls us his beloved.
But things can quickly things can change. What was once a God’s love song becomes  more like Kenny Rogers’ “It’s a Fine Time to Leave Me Lucille.” And before God stops singing to us through Isaiah, the song becomes, “Who’s Sorry Now?”
God’s heartbreak is about our rejection of his love, knowing all too well the consequences for those who run away from him. 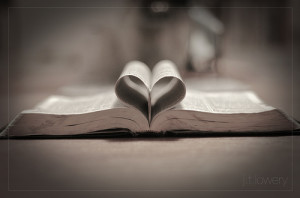 Think about your life. Have your ever thought of it as being a song offered to God?   You are you right now on this planet in this time. You have only been given this moment at this time in this life. What has gone before con never be repeated. What lies ahead no-one knows. It is a “great and mysterious opportunity” that you will never have again. What are you doing with it? Are you making the most of it? Are you making it count? I know that I ‘m probably preaching to the choir, but it doesn’t hurt for any of us to be reminded.
This is the message, the warning heard by Isaiah. He was a prophet, a messenger from God. And one festive day, perhaps in the marketplace in Jerusalem, where farmers and merchants where selling their produce fresh from the fields and vineyards (barley, olives, grapes, figs…), Isaiah walks through the streets singing  a love song, a song about a man and his vineyard.
It was love at first sight. A fertile hill beckoned to him to plant there.So he did. He dug the soil, he cleared the stones, and he planted the very finest vines. He even built a stone wall around it to keep out the animals, and added a tower in which to stand watch over it, and even dug a pit in which to trample the grapes into juice for wine . . . . but every grape was sour!
“What more could my friend do?” the prophet sang to the farmers and customers in the streets on

Jerusalem “He invested so much of himself in that vineyard, but it didn’t produce good grapes. What would you do with it?” he asked their advice.
And no doubt every one of them had had such an experience or could imagine what it would be like to work all spring and summer but have no harvest, no fruit to show for their labor. So they shouted, “Dig it up! Burn it! Tear down the walls and let the wild animals trample it! Don’t waste one more moment on that blankety-blank vineyard!”  (We might have some ideas of our own)
“Ah, that is what my friend thought too,” the prophet said. And they nodded their heads and smiled in agreement.
But then the prophet added another verse to his song,
“You, Israel, you are this vineyard of the Lord Almighty;
you, the people of Judah, you are the vines he planted.
He expected you to do what was good,
but instead all the fruit he found in you was murder.
God expected to see the fruit of justice hanging from your branches,
but all God hears are the  cries of the oppressed (Isaiah 5:7 – writer’s translation)
I hate it when preachers do that. They get you into a story and you’re feeling all good about yourself and suddenly, Wham! They add just another twist, just another verse that ruins the whole thing by making it so personal!
God’s people were rescued by God from Egyptian soil and transplanted in a land flowing with milk and honey. They were lovingly nurtured, watered, fertilized and bathed in the light of God’s love, protection and cared for so for so-o-o long…but so little fruit for the effort…so little return for the investment…just some sour rapes…so many squandering the great opportunities their lives could manifest.
And what about us? God has likewise invested so much in our “great and mysterious opportunities” to bear fruit, to help make the world a better place than we found it.
How many others whose sacrifices we will never fully know have invested heavily in us in our lives – to give us this “great and mysterious opportunity” of life: parents, whose sacrifices we will never fully know – family and friends – soldiers who fight and die on foreign soil for our freedom, teachers who help learn. How are we fulfilling the promise they saw in us? Making the most of our opportunity?
Opportunities are not without limits. They come and go. They are like the manna that God gave in the wilderness…it couldn’t be hoarded…it had to be consumed each day…and so is life…time can’t be saved in a bottle, but is yours to be used one way or another. How well are we using it?
Last week I pulled the movie, “Saving Private Ryan” (1998) off the bookshelf. I’ve seen it a few times before, but am always captivated by it. It’s takes place onD-Day, Omaha Beach, and is probably the most realistic depiction of that day ever filmed.
The movie centers on a small band of soldiers who are led by Captain John Miller (played by Tom Hanks), who was before the war an English teacher. After the initial D-Day invasion, Miller and his group are given a new assignment – to find a Private James (Jim) Ryan who had been part of a parachute group dropped behind enemy lines as part of the operation. They had to find him because all three of his brothers had just been killed. He was the only one left in his family and they were ordered to find him and get him out of harm’s way – back to his mother.
They squad have do go behind enemy lines to find Private Ryan, but it costs many  their lives. I shall never forget the closing scenes with Captain Miller, mortally wounded, speaks to Private Ryan,

“Earn this,” Miller said softly to Private Ryan with his failing breath.
“Sir?” Ryan asked.
Now the Captain repeated it firmly as he could, like an order,
“Earn this!”
Captain Miller implied, “Don’t let our sacrifices be in vain. Do something with your life. Make the most of this opportunity.”
Next we are transported into the future…to at the Normandy National Cemetery directly behind Omaha Beach, where an elderly Private Jim Ryan stands before the white cross gravestone of Captain John Miller. He falls on his knees, tears streaming down his face, as several generations of his family, are standing behind him. These people are perhaps the best fruit of his life, people who no doubt enriched their communities and the lives of others, a family that reflected the values and goodness of Ryan himself, and they are looking at him with great love and concern.
His wife, Alice, comes up, kneels beside him and puts her arm around his shoulder. “Alice…have I lived a good life? Am I a good man?”

“What?,” she asks.
“Just tell me…tell me if you think I have earned it?”
“Oh yes…Yes you have!”
Private Ryan then stands and silently salutes Captain John Miller and all those who had given their lives in order to give him the great and mysterious opportunity of his life.
We need to make an effort to “earn it” too.  Not that any of us really deserve this life we’ve inherited.  But remember that it is a life that God and so many others have invested heavily in.  May they have a good return on their investment. May we bear abundant fruit.
Let us take full advantage of this “great and mysterious opportunity” of life God has given us. Let us live the love song that God whispered in our ears when we were born. These are “unchained melodies” setting us free to be the children of God meant us to be.
May it be so. Amen.
– Rev. Mike