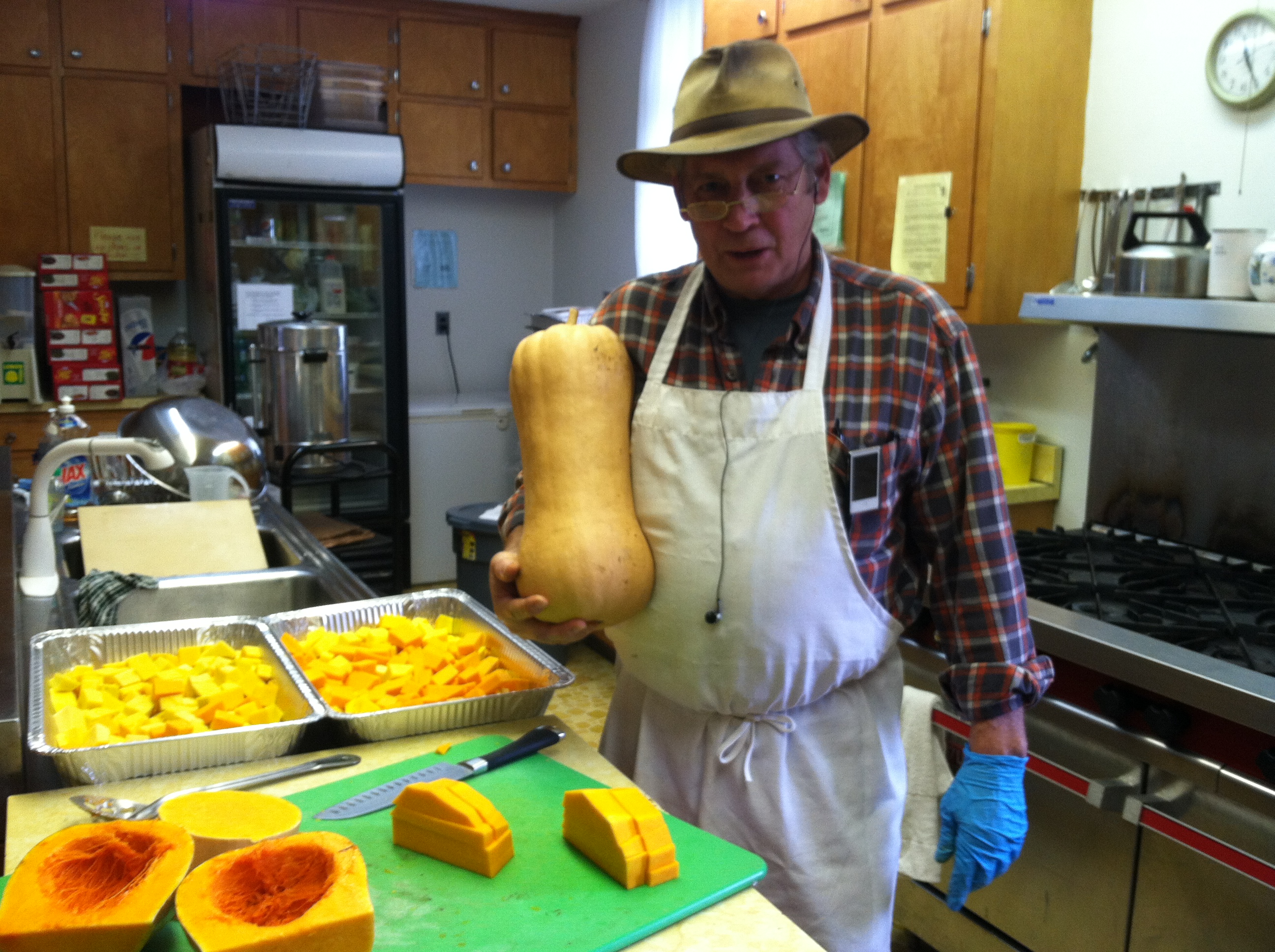 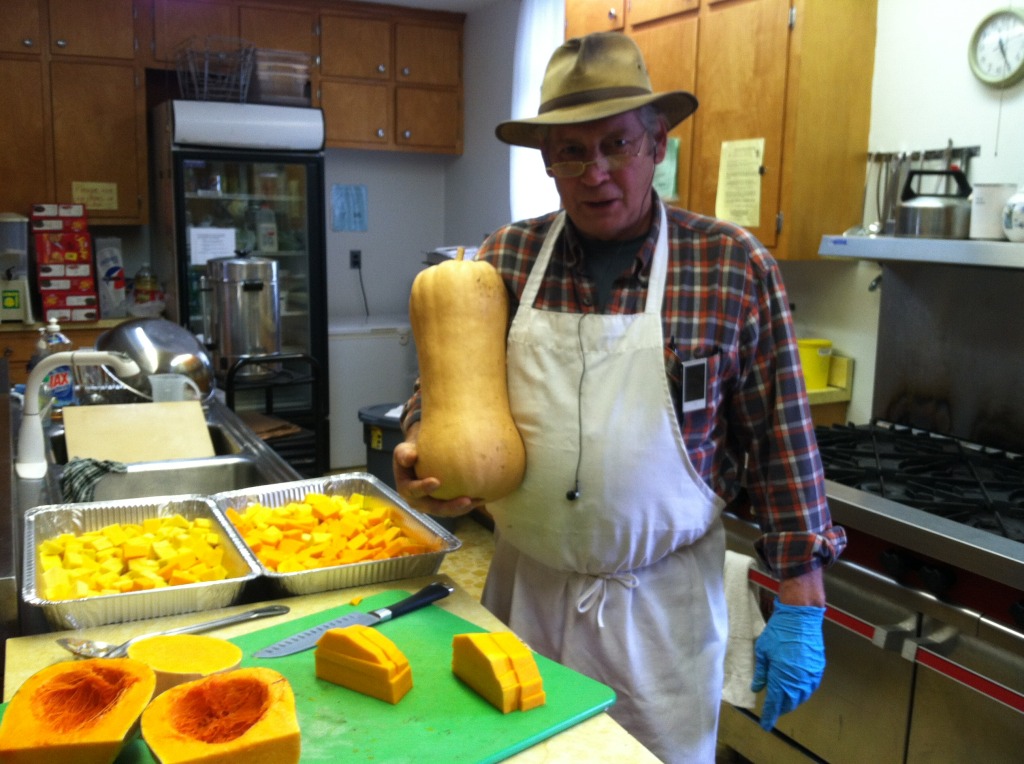 We caught “chef” Mike Siekiera in the kitchen preparing for the Turkey supper.  He was cutting acorn squash and talked about how he liked to steam it and season it with a little nutmeg….  When we asked if we could take his picture, he said “Okay.”  Then he walked over to the pile of squash and held one to pose for the shot. 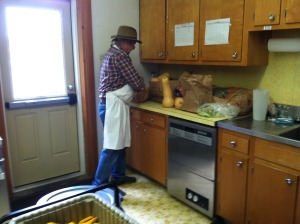 “There’s an interesting story about this squash,” he said.

“Well,” he began, “I feed the rabbits squash, so obviously there must have been some seeds in the mix.  I put hay under their cages and the seeds must have fallen onto the hay.  I moved the hay over to cover the potatoes that were in the garden and all of a sudden this squash started growing there.” 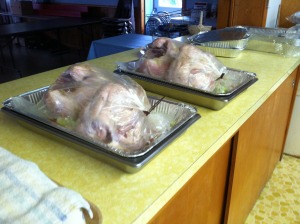 “So you had potatoes growing under the ground and squash growing on top of the ground, huh?” we asked.

“Yes, that’s absolutely right!  I had no idea that the squash was going to grow!”

What a neat tale.  And the squash grew really well and large just in time for the Turkey Supper at Broad Brook Congregational Church.  And, those are some “good eats!”